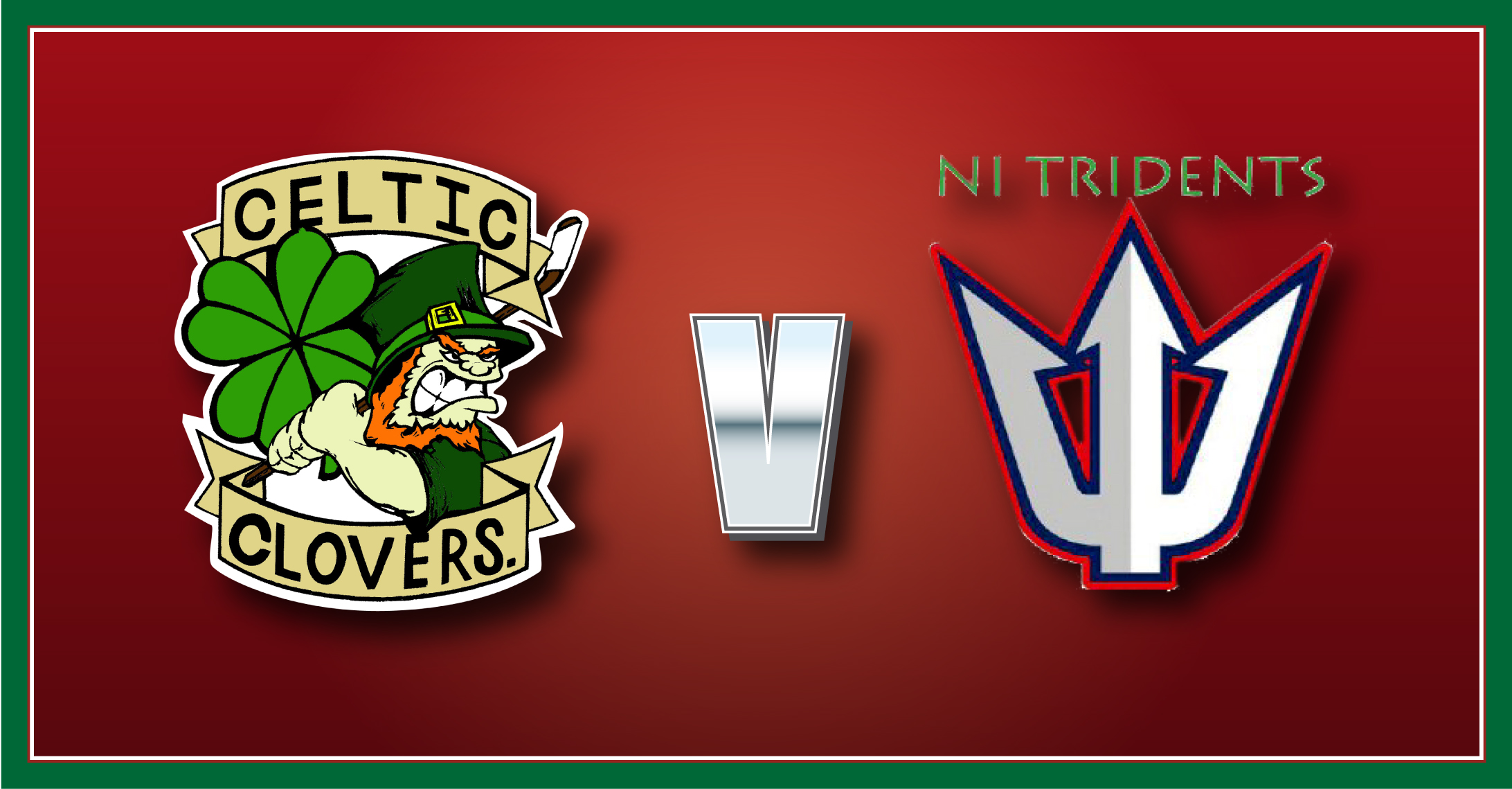 Tonight, the Celtic Clovers faceoff against the NI Tridents for only the second time in the history of the two clubs.

Tonight will be the game one in a two match ‘challenge’ series between the cross boarder outfits. There is confidence in the Clovers camp as they look to bounce back from their narrow 5-4 defeat to the Tridents two years ago. The look and feel of the Celtic Clovers has matured and grown over the last two 2 years, and club growth has resulted in 2 international tours and some great new players added to the roster.

The 17 man roster is made up of both old and new faces, and will led out by captain, #87 Conor Fleming.

The NI Tridents however, will be looking to maintain their 100% win ratio against the Celtic Clovers, and will be looking for a testing warm up match ahead of their autumn visit to Las Vegas for a string of games against the North America Blue Police Hockey team.

Puck drop for game one of the 2 part Challenge series is at 10:15 at the Dundonald Ice Bowl, and admission is free.