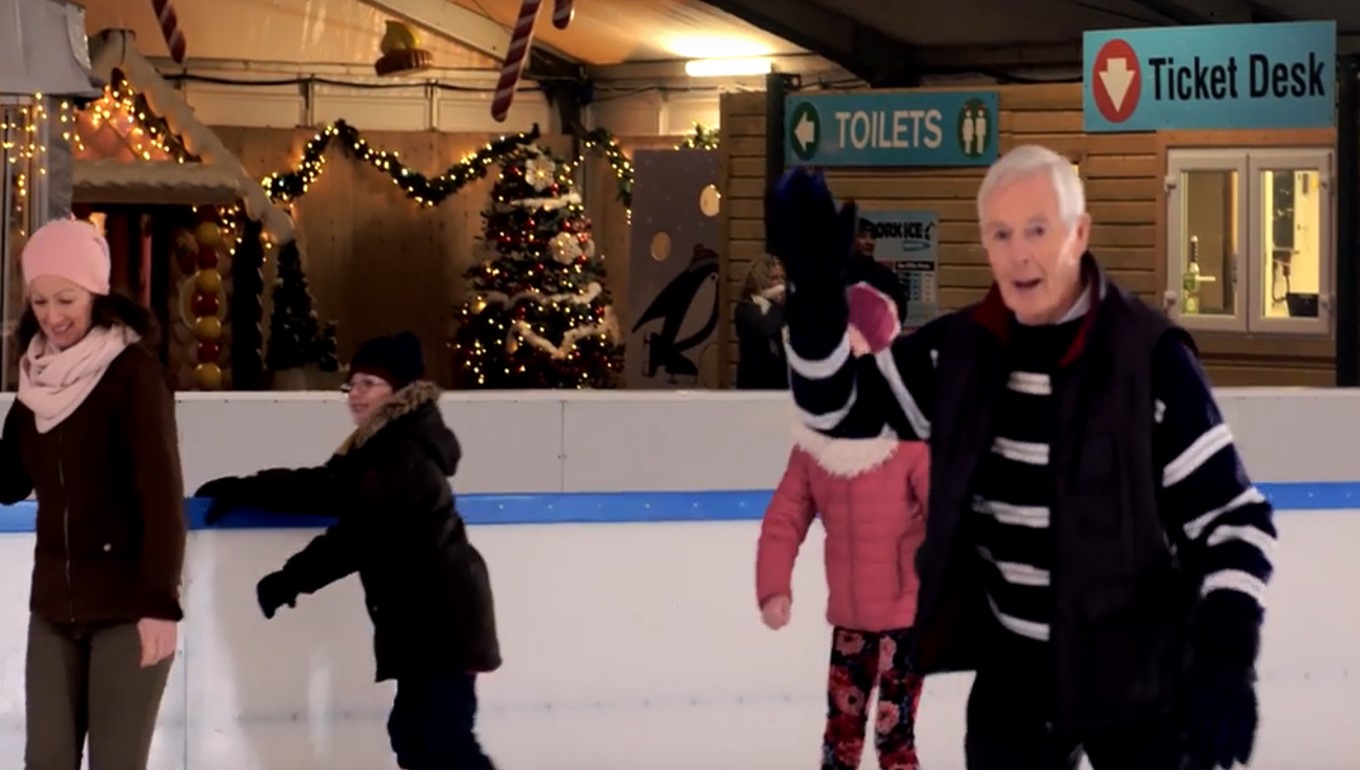 The IIHA are delighted to bring to you a story that will make you smile. Thanks to Cork on Ice for putting this together and sharing.

Michael Finnegan took up ice skating ten years ago when he was 70. Now at 80 he is on his second pair of skates and is not planning on quitting any time soon.
When he was a young man it was a long way from his native Cork to an ice skating rink. It was just not available. Nevertheless when the city’s first seasonal rink arrived a decade ago his imagination became fired up and, undaunted by his then three score and ten, decided to give it a go.
He has not looked back since, and eagerly awaits the arrival of the rink every year. His enthusiasm and regular attendance was noted by the rinks owners, Bill Cremin and Orla O Neill of Cool Running Events. So impressed are they with Michael’s prowess that they have made him a VIP with a lifetime free pass to the rink.
On the magic of ice skating, Michael says, “I never believed in the word can’t. I saw the rink coming to Cork, and I wanted to try it, so I did. 10 years on, I’m part of a community that I love, and am enjoying every minute of it.”

During the making of this video, Michael’s five daughters reminisced about their families ice skating journey. Where other families count down to Christmas, the Finnegans countdown to the opening of the ice rink.

Speaking about the video, Bill Cremin of Cool Running Events, the company behind the ice rinks said, ‘we wanted to capture the magic of this inspirational story for Christmas. We invited Michael to the rink to film him skating, and then surprised him with all of his children and grandchildren. When a story is this remarkable, it has to be told!’