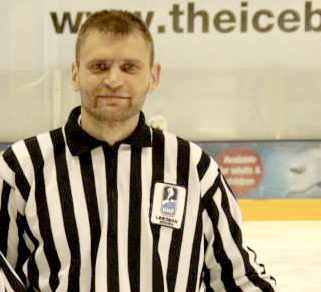 The IIHA would like to extend our best wishes as our Vytas Lukosevicius leaves to participate as a game official for the IIHF’s Men’s World Championship Div. III in Luxemburg. He will be working with other officials from countries such as Croatia, Romania, Estonia, Belgium, France, Canada and others. The event begins on Sunday the 6th of April through Saturday the 12th of April.

Vytas, originally from Lithuania, has been involved in ice hockey practically his whole life starting at just three years of age. He has played at club and international level, representing Lithuania at U18’s, U20’s and senior level. Vytas also played here in Ireland for the Dundalk Bulls and Charlestown Chiefs.  In 2007 he became involved in officiating where he was a linesman and referee for both IIHA leagues. Vytas now our referee in chief has also worked as a linesman for the Elite League in Belfast and will bring a wealth of experience to this year’s championships.

So from the IIHA Executive and Directors and all IIHA members we would like to extend our best wishes to Vytas. I know you will make us all proud.